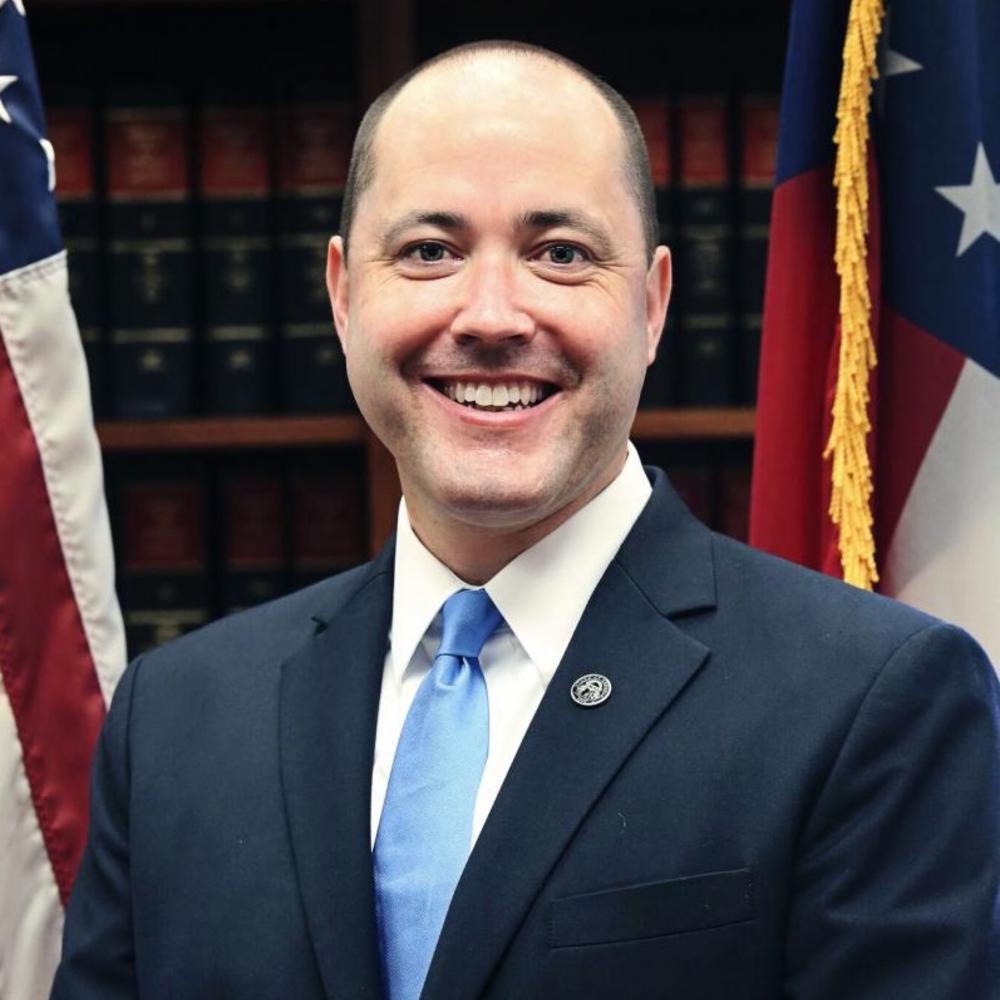 Chris Carr is the Attorney General of Georgia and is a member of the Homeland Security Board.

Christopher M. Carr was appointed by Governor Nathan Deal and sworn into office as Georgia's 54th Attorney General on November 1, 2016. On November 6, 2018, Carr was elected by the people of Georgia to serve a full four-year term.

As Attorney General, Carr believes he has no more solemn duty than to protect and defend the Constitution of the United States, the Constitution and laws of the State of Georgia and the interests of the people of the State of Georgia. He also believes that his office must play a significant role in protecting Georgians. Since taking office in 2016, Carr has made it a priority to combat opioid misuse, gang violence, human trafficking, elder abuse and consumer fraud. He established and leads the Statewide Opioid Task Force – which now has more than 400 members – and the Georgia Anti-Gang Network – which is focused on strengthening multi-jurisdictional investigations and prosecutions. To help prevent our older, at-risk adults from falling victim to scams, Carr created the Georgia Consumer Protection Guide for Older Adults, and he works every day to make sure older, at-risk adults and all consumers are protected from exploitation in any form. Carr is also a champion for the state’s Sunshine Laws, working each day to ensure that government operates openly and transparently. In 2019, he announced the creation of the state's first-ever Human Trafficking Prosecution Unit at the Department of Law. Under his leadership, the unit will work with statewide partners to aggressively combat buyers and traffickers.

Carr appoints all members of the Georgia Consumer Advisory Board and is a member of the Georgia Board of Homeland Security. He served on Georgia’s Judicial Nominating Commission, the body charged with recommending candidates to the Governor to fill judicial vacancies, from 2011 through 2018, and the Executive Committee for the Georgia Older Adults Cabinet from 2016 - 2018. A dedicated member of the National Association of Attorneys General, Carr currently serves on the Human Trafficking, Substance Abuse and Presidential Initiative Committees (focused on elder abuse in 2017-18 and natural disasters in 2018-19) where he collaborates with his colleagues to shape the association's policies in these respective areas.

Carr previously served as Commissioner of the Georgia Department of Economic Development (GDEcD) under Governor Deal from November 2013 to November 2016. As Commissioner, Carr led the state agency responsible for creating jobs and investment in Georgia through business recruitment, retention and expansion, international trade and tourism, as well as the arts, film and music industries. During Carr's three-year tenure at GDEcD, the state of Georgia was recognized as the top state in the nation in which to do business for three consecutive years. In addition, GDEcD helped facilitate 1,069 projects across the state that represent approximately $14.4 billion in investment and the creation of more than 84,000 jobs. In 2015, GDEcD was recognized as the top economic development agency in the country.

Prior to joining GDEcD, Carr was Chief of Staff for U.S. Senator Johnny Isakson for six years. During his time in Washington, Carr advised the Senator on federal legislation, numerous judicial nominees for the U.S. Supreme Court and lower federal courts in Georgia and across the country.

Carr began his career with Georgia Pacific, then practiced law with Alston & Bird LLP in Atlanta and later served as Vice President and General Counsel for the Georgia Public Policy Foundation.

A graduate from the University of Georgia’s Terry College of Business and Lumpkin School of Law, Carr is admitted to practice law in Georgia.

Carr and his wife Joan have two daughters and live in Dunwoody.