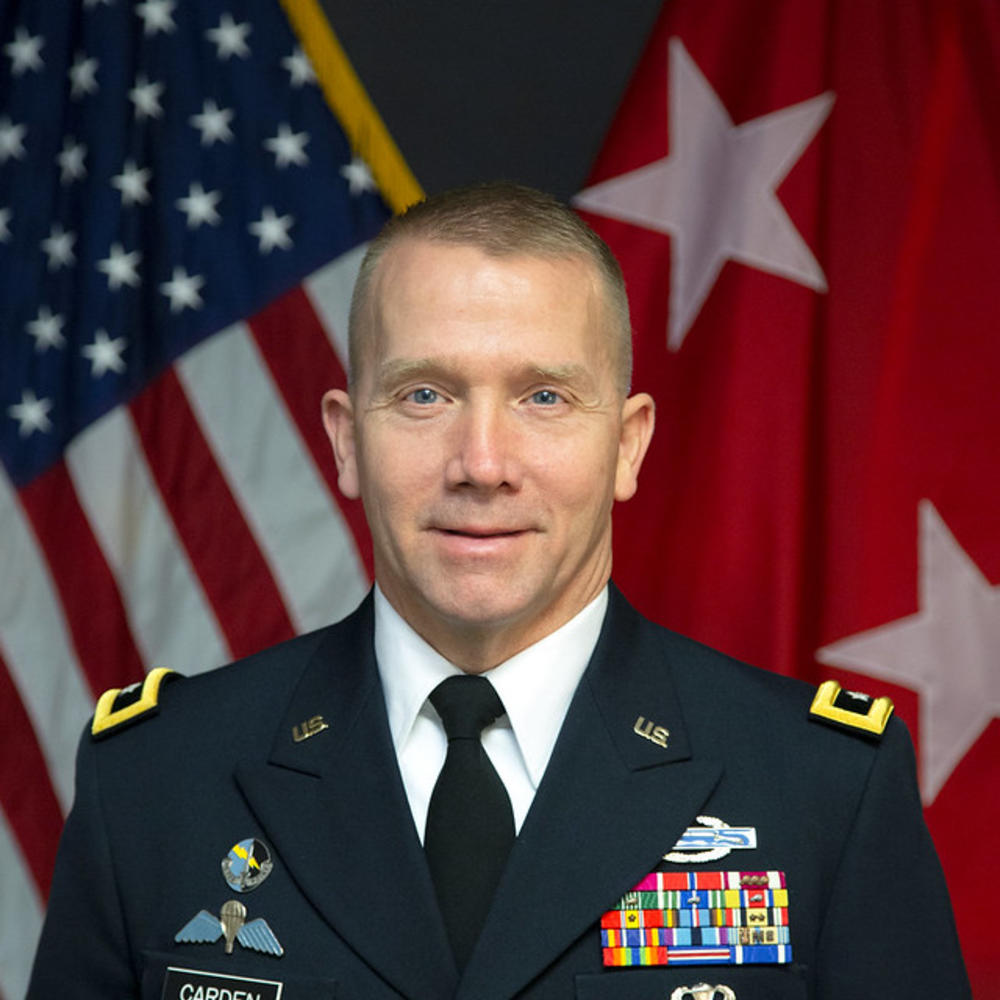 Thomas Carden is the Adjutant General of the Georgia Department of Defense and is a member of the Homeland Security Board.

Major General Carden was appointed by Governor Kemp in January of 2019 as the 43rd Adjutant General of the Georgia Department of Defense. He is responsible for directing, coordinating, organizing and stationing the Army and Air National Guards of the State of Georgia, the Georgia State Defense Force,  and federal and state civilians, ensuring their readiness to perform state and national missions.

Major General Carden Commanded the 560th Battlefield Surveillance Brigade and the Georgia Army National Guard’s Recruiting and Retention Battalion.  He also served as the operations officer for the 2nd Battalion, 121st Infantry Regiment.  While serving in this capacity, he deployed to Bosnia, Herzegovina as part Operation Joint Forge.  In 2005, he deployed to Iraq with the 48th Infantry Brigade Combat Team as part of Operation Iraqi Freedom.