The goal of FirstNet is to increase collaboration to help emergency responders save more lives, solve more crimes, and keep our communities safe by providing a single interoperable platform for public safety communications. The First Responder Network Authority (FirstNet) was created under the Middle Class Tax Relief and Job Creation Act of 2012 (MCTRJCA) as an independent authority within the National Telecommunications and Information Administration (NTIA). FirstNet is housed in the U.S. Department of Commerce and is the first nationwide, high-speed wireless broadband network dedicated solely to public safety. FirstNet provides first responders with the advanced communication and collaboration technologies necessary to do their jobs safely and effectively. Congress has specifically designated a large amount of broadband spectrum for public safety use, meaning that responders can easily communicate across jurisdictions and state lines and put an end to decades-long interoperability and communications challenges.

FirstNet is responsible for building the core network, which has six primary functions: it switches data, processes and reformats information, stores and maintains data and keeps data secure. Applications and services, as well as operational and business support systems also reside in the core network. The core will allow interaction with other state, local, and federal networks, including 911 and the Internet. Essentially, the core serves as an umbrella over the United States, including the territories and the District of Columbia. The core is connected to radio access networks in each state using the backhaul layer of the network.

On November 15, 2017, Governor Nathan Deal accepted (opted in) the FirstNet and AT&T plan to deliver a wireless broadband network to the state’s public safety community. The FirstNet network brings advanced technologies that will help Georgia’s first responders save lives and protect communities.

Georgia Emergency Communications Authority, as part of GEMA/HS, with state and local Public Safety partners, is tasked with coordinating the federal outreach efforts of FirstNet. 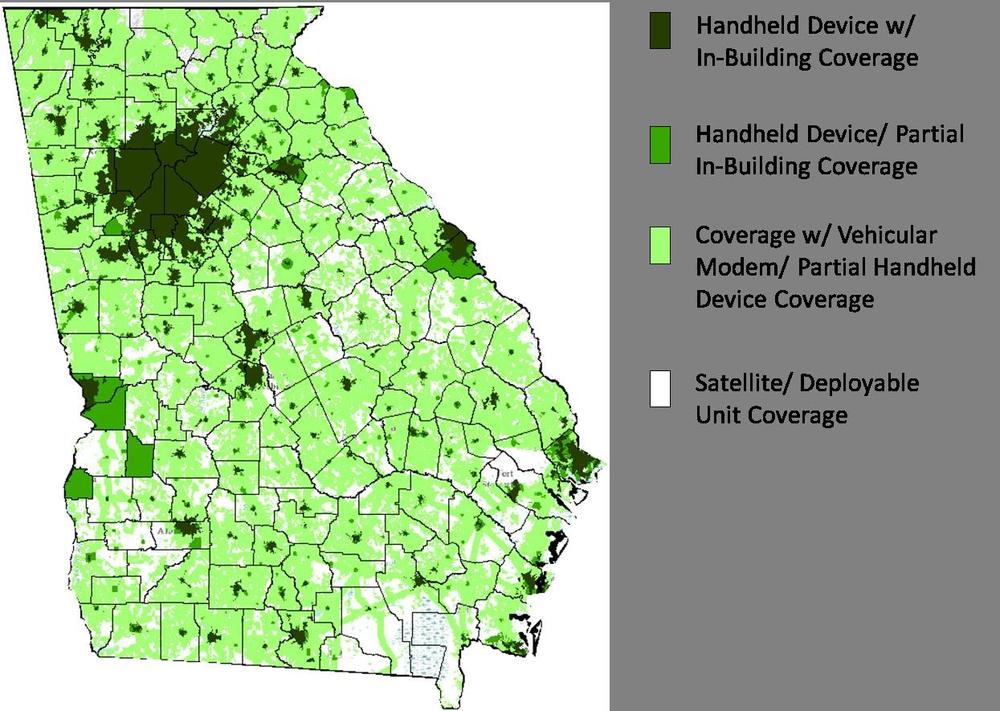 The map above depicts FirstNet’s current and proposed coverage in the state of Georgia, as of August 15, 2019.

For more information on how to become a FirstNet subscriber, please click here.

For more information on the FirstNet Authority, please click here.